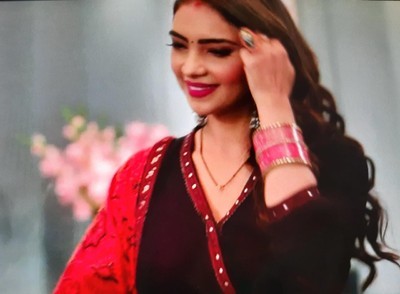 Rhea and Alia's mission to break Prachi and Ranbir's marriage is accomplished.

It is seen that Prachi and Sid are tricked into the hotel room and then made unconscious by Alia.

Further, Ranbir forces open the door to see both of them sleeping on the bed close to each other.

This maddens him and finally, Rhea's mission is achieved.

Ranbir shouts and accuses Sid and Prachi of betraying him.

Ranbir is badly hurt that his trust is broken while Prachi is shocked hearing Ranbir.

Rhea sheds crocodile tears and plays the emotional victim to her husband and sister's betrayal.

Ranbir defames Prachi for having extra-marital affair and decides to stay away from her.

Let us wait and watch if Prachi will be able to mend her relation or will this be the end of her marriage.

Stay tuned for further news and updates coming up on the show.