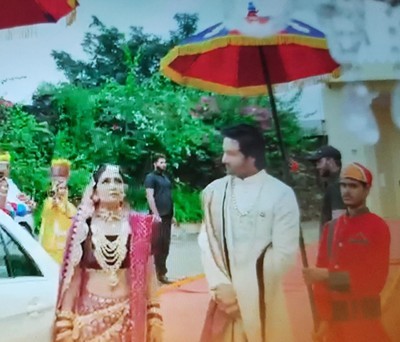 Zee TV's popular show Tere Bina Jiya Jaye Na is gearing up for an adventurous tour of suspense and mystery.

As seen, Krisha agrees to marry Devraj but for his safety plans to send him to Ambikapur secretly at night.

However, Devraj's shooter implants a bomb in his car while he is unaware.

In the night darkness, Krisha's pouch gets entangled in the fence and Devraj steps out of the car to help her.

Luckily, he walks out of the car and is saved as the bomb goes off leaving the car on fire.

Roma the shooter turns out to be Devraj's friend

Further, as panditji's orders, Krisha and Devraj get married.

Krisha walks into his palace and meets Roma who introduces herself as Devraj's friend.

Shockingly, Roma is the same shooter who attempted to kill Devraj.

Now it will be highly thrilling to see what is the mystery behind Devraj marrying Krisha.

Stay tuned for exciting twists and drama on the show.