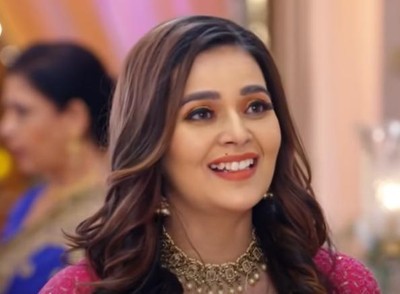 Zee tv's show Kundali Bhagya is adding all sorts of dramatic moments into the story to make the story interesting.

It was earlier seen that Preeta feels dizzy and she faints.

Karan gets worried seeing Preeta and rushes to the hospital.

The doctor reveals that Preeta can become pregnant which makes them happy.

Later, a courier delivery person arrives to deliver the courier for Preeta.

Sonakshi plans to receive it on Preeta's behalf but Rishabh arrives there and he takes it.

Sherlyn gets suspicious of Sonakshi's behavior and questions her.

In the upcoming track, Sonakshi while dancing with Rishabh takes the report from him and goes to hide it.

Sherlyn catches her red-handed where Sonakshi reveals Preeta's chances of being pregnant.

Sonakshi tells that she emotionally blackmailed the doctor to create a fake report.

Will Preeta and Karan learn the truth?