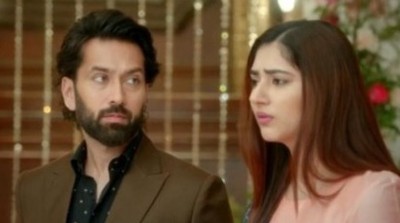 Sony TV's most liked show Bade Achhe Lagte Hai2 is up with an interesting twist and drama.

Ram is not convinced that Priya would take any wrong decision and wonders why she helped Akki and Shivi to elope.

Meanwhile, speaking to Akki, Ram learns that Shivi had attempted suicide and only Priya was aware of this.

This clears all his doubts and he realizes that Priya had done all this to save Shivi from doing anything wrong.

He feels guilty that he blamed Priya for ruining Shivi's life but in reality, Priya had actually saved her.

Ram feels so bad for his behavior with Priya and thinks he should have trusted Priya's decision.

Hence, she will never have any wrong relation with her sister's husband.

With such realization, Ram questions his own decision of annulment.

He wonders if his decision is wrong and he is being unfair to Priya.

Let us wait and watch how will this self-realization affect Ram and Priya's relation.

Stay tuned with serialgossip.com for future stories and updates on the show.