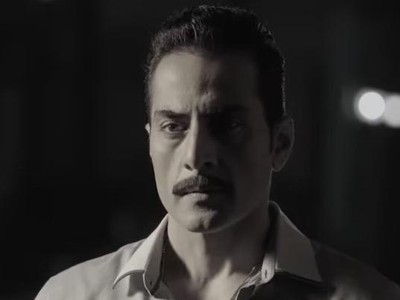 Star Plus's popular show Anupama is adding all sorts of dramatic moments into the story to make the episodes spicy.

Baa faints in stress as Bapuji walks away and Anupama receives a call about Baa's condition.

Baa apologizes to Anupama and Bapuji while Anupama asks her to forget everything that happened and move on.

Later, Baa then puts forth a condition for Anupama.

Furthermore, Vanraj has realized Anupama's worth.

Vanraj decides to become rich and powerful again and teach Kavya a lesson.

Vanraj meets Anupama when she leaves the house and he reveals that Kavya has lost respect in his eyes and now he wants to become rich and successful again.

Meanwhile, Kavya overhears their conversation and gets angry.

Vanraj will apologize to Anupama saying that he never realized her worth and the sacrifices made by her.

Anupama: Vanraj's straight talk to Anupama over him wanting to be Winner not Loser

Anupama: Vanraj's straight talk to Anupama over him wanting ...

Anupama: Upcoming Happiness for Shah Parivar in one Frame

Anupama: Upcoming Happiness for Shah Parivar in one Frame T...

Anupama: Vanraj tells his next move to Anupama

Anupama: Vanraj tells his next move to Anupama Star Plus TV...

Anupama: Vanraj has evil plan to use Anupama

Anupama: Vanraj has evil plan to use Anupama The upcoming e...