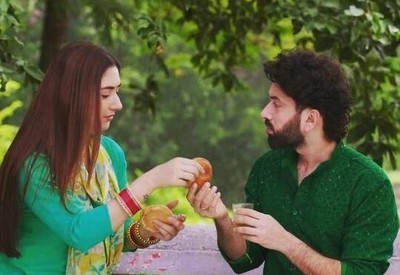 It was earlier seen that Ram is absent as he is sick and cannot come out of his room which is sealed.

Hence Priya takes the charge and decides to handle the business on Ram's behalf.

Priya handles everything much well where Adi is much impressed with her act.

Adi praises Priya before Ram who is much happy and at the same time turns possessive towards Priya.

On the other side when Priya meets Shubham he is much angry at her and lashes at her.

Shubham lashes at Priya for monitoring him always as Ram has given her 5% partnership share in his business.

Shubham gets much rude which leaves Priya shocked to the core.

It would be highly interesting to see how Priya handles Shubham.