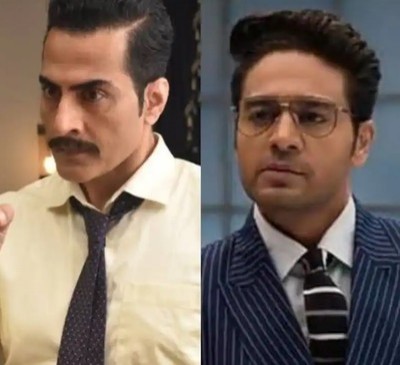 Star Plus's popular show Anupama is about to showcase some shocking twists in the upcoming track of the show.

Vanraj and Malvika get along well but it seems that Anuj is not happy with Malvika bonding with Anuj.

In the upcoming track, Vanraj and Malvika will be in the office spending time together before the meeting.

Anuj and Anupama will walk in at that moment and will find Malvika and Vanraj getting close.

Anuj gets angry seeing Vanraj taking advantage of the situation and trying to get close to Malvika.

Anuj burst out at Vanraj and he questions his capability to handle business.

Anuj further asks Vanraj to leave his office as he does not deserve this kind of treatment.

Vanraj will lose his cool too and will show his arrogance as he feels Anuj is trying to interfere in his matters.

On the other side, Anupama feels helpless as she fails to stop the fight between the duo.

Will Anuj be able to understand the bond between Malvika and Vanraj?