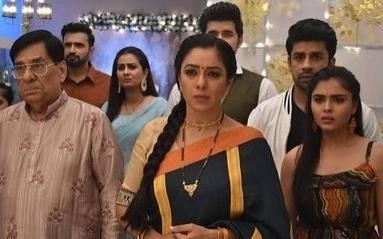 It was earlier seen that Anupama was happy with Vanraj's support for Kapadia family.

However as Kavya warns Anupama she also gets to see the different side of Vanraj.

Anuj gets much irked with Vanraj Malvika closeness.

When Anupama does not think twice and gives angry look to Vanraj where he gives her eye lock moment of the angry back.

Both Vanraj and Anupama give angry looks to each other over the future stories with Malvika.

Anupama does not want Vanraj to have any wrong intentions towards Malvika.

Well Vanraj denies keeping any relation with Malvika except professional.