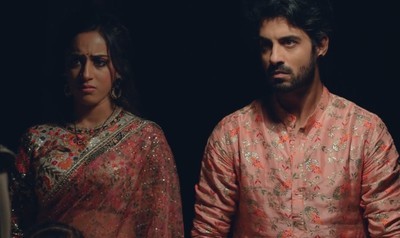 As seen so far, Rudraksh is arrested and tortured by the police to make Preesha and her family reveal the truth.

However, the story will take a new turn as Revati will receive the postmortem reports.

The postmortem report will state that Dev's reason for death was strangulation and not falling from the top of the building.

Rudraksh and Preesha will be shocked learning this and will recall how Saransh told them that he pushed Dev and he accidentally fell down from the building.

OMG! Will Rudraksh be able to prove his innocence?