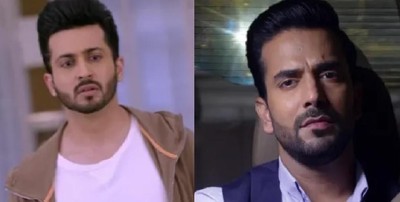 Kundali Bhagya: Preeta to save Rishabh and Karan from false charges

Zee Tv's popular show Kundali Bhagya is about to showcase some big drama in the upcoming track of the show.

As seen so far, Preeta does everything to save Karan and prove him innocent of match-fixing charges.

Unfortunately, Preeta loses her evidence, and here Natasha takes over and saves Karan.

At the Luthra mansion, everyone blames Preeta for framing Prithvi and Karan.

Preeta gets heartbroken by the accusations.

Now as per the sources a new track is coming up in the show.

Karan and Rishabh in big trouble

We will see Rishabh re-entering the show and we will see that Rishabh will land into huge trouble.

Prithvi and Sherlyn will trap Rishabh in a drug case and shockingly he will also be getting a punishment of being hanged to death.

Luthra's will be shocked by the news and here Preeta will gear up on the mission to prove him innocent.

On the other side, we will also see Karan falling into another trouble and being blamed for Natasha's kidnapping.

Will Preeta be able to save Karan and Preeta?

Kundali Bhagya: Manit Joura to re-enter as Rishabh Luthra, b...

Kundali Bhagya: OMG! Karan to be blamed for Natasha's kidnap...