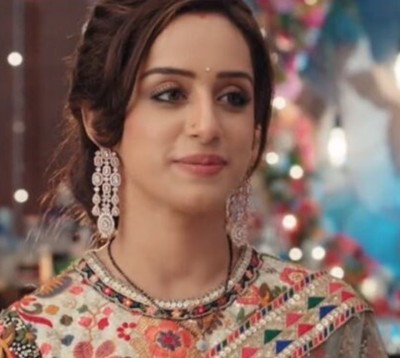 Star Plus's popular show Yeh Hai Chahatein is all set to grab the viewer's attention with its spicy and dramatic storyline in the upcoming episodes.

As seen so far, Rudra and Preesha's story has taken a leap of 1 year.

Now in the coming drama Preesha is seen as a happily married woman.

However, Preesha is also being drugged continously and also hypnotized too by Armaan so that she believes in what he says and follows what he says.

Armaan will give Preesha an impression that they are happy couples and they also gear up to celebrate their first anniversary.

On the other hand, Rudraksh will be with Roohi and would have handled the situation well with his family.

Meanwhile, Rudra is completely devastated after the exit of Preesha and turned into an alcholic.

YHC: Preesha to divorce Rudra chooses to be with Armaan

YHC: Preesha to divorce Rudra chooses to be with Armaan Sta...

YHC: Malti betrays Preesha hands over the baby to Revati

YHC: Malti betrays Preesha and hands over the baby to Revati...

YHC: Revati to run away with Rusha's stillborn baby?

YHC: New entry of Preeti Chaudhary to spice up Rudra-Preesha...