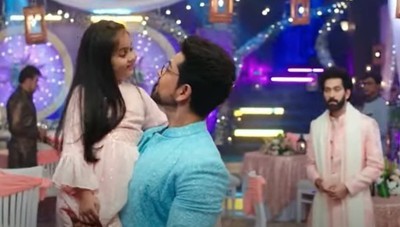 As seen, Ram is somehow feeling attached to Pihu but trying to hide it.

Further, Pihu invites Krish for Priya's birthday as a surprise.

Furthermore, as he reaches Kapoor Mansion, he meets Pihu and immediately they start talking.

Seeing the smile on Pihu's face, Ram feels sad that she never gives him such a broad smile.

Brinda notices Ram's change of behavior and feels Ram is much attached to the little girl.

Further, Ram tries to avoid Krish and Pihu but is not able to ignore them.

Seeing this, Brinda feels Ram and Pihu have some kind of connection but are not able to understand.