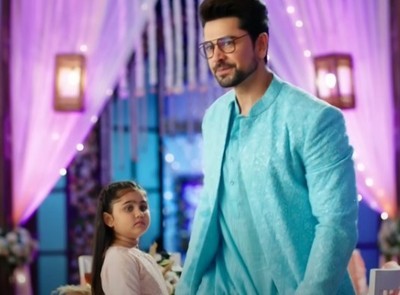 Sony TV's most liked show Bade Achhe Lagte Hai2 is up with huge drama and action.

As per the ongoing track, Ram's efforts to make Priya's birthday special are noticed by Pihu.

Further, she also notices Priya is very much happy with Ram who is her Prince Charming.

Thus, she does not want to ruin Priya's happiness or her special birthday surprise.

Further, as Pihu notices Krish waiting for Priya to celebrate her birthday, she fools him.

Pihu lies to Krish that Priya slept as she was tired and will be celebrating her birthday tomorrow.

This breaks Krish's heart as he had planned a dinner with Priya and Pihu.

However, Pihu feels Priya is happy with Ram and thus nobody should intervene.

BALH2: Family Love! Ram and Priya turn guardians for Pihu at the hospital