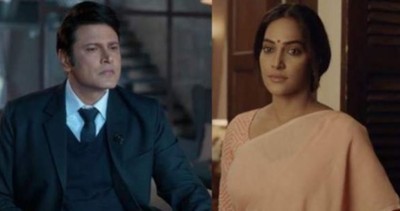 Apnapan: Pallavi safeguards her dignity with a shocking deal

Sony TV's popular and interesting show Apnapan is gearing up for exciting twists and turns.

As seen, Pallavi and Nick are getting married to fulfilling his mum's wish.

However, neither Nick nor Pallavi wants this to happen but is helpless.

Pallavi does not want anyone to misunderstand her that she is marrying Nick for the property.

Lalita gives her the idea of a prenuptial agreement before roka.

Pallavi decides to sign a prenuptial agreement with Nick.

The Agreement clearly states that the marriage is for humanity and Pallavi will not have any right on Nick's property.

Pallavi does not want to be tagged a gold digger and thus takes this major step.

Now it will be highly exciting to see if Nick will agree to sign this deal or not.

Apnapan: Dadi invites a big lawyer to the party leaving ever...