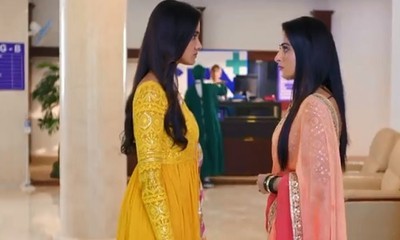 Sayi informs Pulkit about Virat and rushes to the hospital.

Here Chavans reach City Hospital to meet Virat while everyone is broken down in tears knowing Virat’s critical state.

Pakhi yells at Ashwini when Ashwini reprimands Pakhi from staying in the hospital.

Bhavani makes Ninad, Pakhi and Mohit stay in the hospital.

While Mohit turns to inform Sayi, Ninad scolds him.

However, Sayi reaches hospital in the nick of time.

Ninad questions Sayi about why she didn’t come when his son went to take her.

Virat’s surgery gets over when the doctor informs Sayi and the family members about Virat no more in danger.

Sayi thanks God when she also thanks Mohit for informing her timely.

Ninad yells at Mohit when Mohit reveals that it is Sayi’s right to know her husband’s whereabouts.

Ninad still questions Sayi when Sayi indirectly reminds Ninad about the real reason behind why she left the house.

Sayi warns to reveal Ninad’s secret when Ninad goes silent while Pulkit tries to sort out the arguments.

Pakhi again stops Sayi from staying as only 3 members can stay and they are enough.

Sayi reminds Pakhi that she is Virat’s wife and if the hospital knows it then she will definitely stay here.

Pakhi points finger at Sayi when she warns her to shut her mouth.

Pulkit defends Sayi when the argument gets heated.

Sayi turns to ask the Doctor herself when Pakhi says Virat will decide once he wakes up.

Later, Sayi asks Virat to tell Pakhi as who will stay with him.

GHKKPM: Virat requests Sayi to stay with him rejects Pakhi