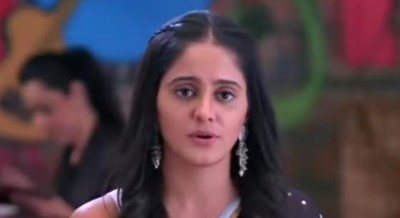 Episode begins with Virat stating Savi is selected in the school after clearing the interview.

So, she should study somewhere else. Pakhi feels strange hearing Virat.

Savi gets delighted to know she is selected in Vinayak's school.

Sai sends her to room and she tells Usha she can see the consequences of Savi studying in Vinayak's school.

Both the kids might be compared to each other, Savi can grow bad habits seeing the luxurious treatment in the reputed school.

Later, Sai teaches Savi that study is important but the school doesn't matter.

She proclaims she got Savi admitted to different school. She gets upset hearing that.

Vinayak is also disappointed hearing that from Virat.

Virat and Pakhi argue over Savi

She shouldn't have done that. Sai makes Savi understand that she can't afford the fees of that reputed school.

Savi starts crying as her and Vinayak's dreams will remain incomplete.

Sai consoles her and adds Savi can meet Vinayak whenever she wants.

Therefore, Savi promises she won't be adamant to study in Vinayak's school.

Vinayak tells Virat that he won't be excited to study in the school anymore as noone likes him in the school.

Virat finds a solution of that problem. Mohit brings samosa for Chavans.

Ashwini finds it strange as Savi didn't get admission in Vinayak's school then why they are celebrating.

Virat tells Chavans how he visited his own school and Savi will study there and he adds why Sai decided it for her.

Pakhi doesn't like the decision and she gets into an argument with Virat. She sends Vinayak to room.

Precap- Pakhi asks Sai to leave Nagpur with Savi and she will bear the expenses of them.