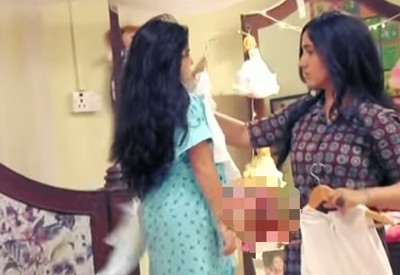 Arya and Minni are getting united happily and now they are all decked up to take Babita's dream high.

Arya hands over Babita's Patiala Babes business to Minni and asks her to handle it.

Minni is also amazed that her babes had followed the way she had shown her and had done what was right and made her own identity.

Minni and Arya now had their share of responsibility for Babita's Patiala Babes business.

Minni is all set to not let BaboBabi hard work go in vain and takes charge to continue the legacy.