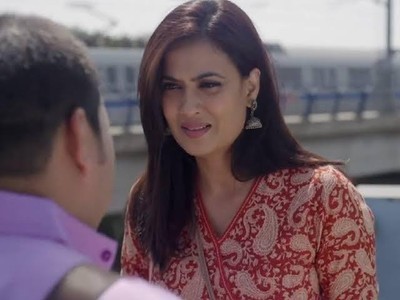 Nia is tensed as she is going to California and thus she wants someone to be with Amber although as tenant.

Guneet also needs a house to stay as she had to vacant the house she is living in.

Here Amber and Guneet's destiny brings them infront of each other, they had bitter nok jhok and fight dhamaka.

While Nia is all puzzled and thus Amber and Guneet cracks a deal to showcase harmony just for Nia.

Amber and Guneet are thus trying to hide spark of their anger and had nok jhok which Nia can see clearly.