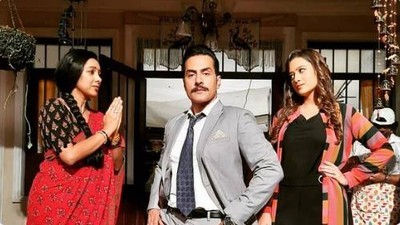 As per latest track of show Anupama is getting ready for her school as she have to reach early, while shocking twist is there.

However where further Anupama cooks food for Vanraj and his clients but shockingly she gets late for her school.

Amid all this Vanraj’s clients praised Anupama’s food and so Vanraj also oarsied that his wife is best at each and everything.

However where further Kavya gets hell furious that Vanraj parised Anupama where Kavya planned to get Vanraj on her side after all this.

It would be interesting to see what will happen next in the show Anupama.

Stay tuned with Serial Gossip.com for more exciting updates and upcoming twists in the show.