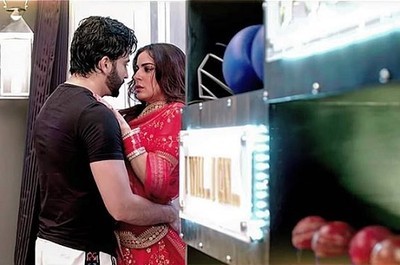 Karan and Preeta’s intense chemistry of love and romance is lined up in the upcoming episode story of top TV Hindi serial Kundali Bhagya.

Karan and Preeta are now officially married but something is still holding them back from making love.

Karan’s love for Preeta has turned into hate after all how Preeta got Police and NGO ladies to claim her wife right on him.

Karan also believes Preeta is his father Mahesh’s culprit and thus hates her to the core.

However, the wedding night which is destined to blossom their love will not be able to stop Karan from getting closer to his woman.

Karan and Preeta’s romance on peak

Preeta wants Karan to trust in her and forgive her, thus Preeta plays tricks to get closer to Karan.

Preeta feels Karan will never force her but what will happen next in Kundali Bhagya is going to shiver Preeta in fear and excitement at the same time.

Karan and Preeta have a fight where they together get in the bathroom and there the shower adds the icing on to the cake.

This is going to be interesting to watch how Preeta will handle Karan’s dominance where their proximity is getting intense in the shower romance.