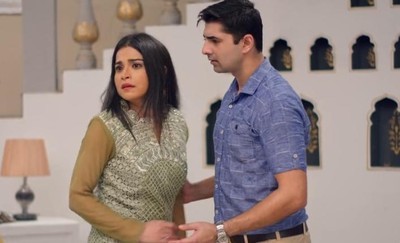 Naksh gets Krish and Aditya’s photo where he wants answer from Keerthi.

Keerthi hides this big truth from from Naksh and wants to handle the same in her own way.

However Naksh finally loses his temper and confronts Keerthi over the reality.

Looks like Keerthi reveals the entire truth to Naksh.

Naksh fails to bear the truth that Krish is Aditya and Keerthi’s son.

Naksh cannot tolerate anymore and thus kicks Keerthi out of his house.

What will Keerthi do now?

Let’s wait and watch for the upcoming drama in YRKKH.

Yeh Rishta Kya Kehlata Hai: Naira’s unwanted pregnancy to get Kartik away from her