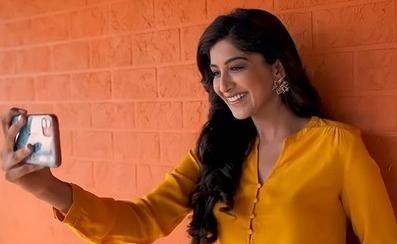 Colors most popular show Choti Sardarni fame Nimrat Kaur Ahluwalia plays the role of Meher and has won millions of hearts with her stint.

Speculatoins were doing round that she exited from the show.

However Nimrat has only taken a break from the show because she was facing some health issues.

And now, as per the recent buzz,And now by god's grace Nimrat is well now and will be making a comeback on the show very soon.

Reportedly, she will be shooting for the show initially from her home and will return to the sets of the show once she has recovered completely.

Talking about the same “Nimrit had to take a break from Choti Sardarni because of her health woes. She is doing better now and is gearing up to return to the show. She is currently in Delhi and will shoot her scenes from home for now. She will report to the set once she has fully recovered and is back in Mumbai”.

Meanwhile, in her absence, the makers had brought Kratika Sengar of Kasam - Tere Pyaar Se on board for the show.

Sarabjit and Meher's short romance in the interim

While there were speculations that Kratika had replaced Nimrit on Choti Sardarni, the actress had clarified that she is playing as a new character.

She added that she would have not taken up the role if she was asked to replace Nimrit in the show.

Kratika also mentioned that Nimrit is playing the role of Meher beautifully and she would not want to step into her shoes.

Also Meher and Sarabjit's quicl romance is shown which will be a treat for fan followers of Meher Sarabjit.

Let's see who brings Meher back and how Sandhya marks her exit from show.

Choti Sardarni: Sandhya is new Meher for Sarabjit and kids

Choti Sardarni: Sandhya is new Meher for Sarabjit and kids ...