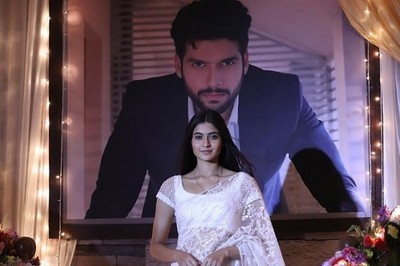 So, finally, Pallavi agrees to marry Raghav in lieu to get Nikhil's bail.

Herein is the promising look of Pallavi aka Shivangi Khedkar for the wedding.

Pallavi's big bang to Raghav in the wedding mandap will be her widow avatar.

Pallavi dresses up as the widow and finally comes to the wedding mandap when she throws Shagun thaal in the fire.

Not only this, but Pallavi makes Raghav fill her hairline with vermillion while taking the oath of her revenge on him.