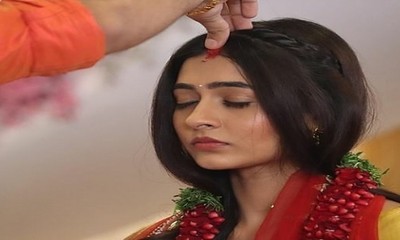 The popular daily soap opera Mehndi Hai Rachne Wali is all set to see Raghav and Pallavi’s marriage next in.

Raghav blackmails Pallavi to marry him and in return, he will bail out Nikhil.

Where Pallavi has no choice left, Pallavi thus agrees to marry Raghav.

So, Raghav and Pallavi finally get married but there is nothing like the love between them.

Pallavi is determined to ruin Raghav while Raghav is also revengeful against Pallavi.

This would be quite interesting to watch how Raghav and Pallavi’s marriage will kick start their revenge sage.