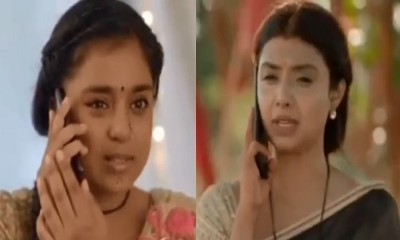 The upcoming episode of Star Plus TV serial Imlie will finally reveal truth to Malini.

The truth for which Malini visits Pagdandiya is finally revealed to her.

While Aditya and Imlie are celebrating the success of the charity function,

Here Malini’s world comes to an end when Meethi reveals that Dev Chaturvedi is Imlie’s father.

Poor Malini falls shattered in the guilt that she not only snatched Aditya from Imlie but also is responsible for snatching Imlie’s father from her.

Malini feels guilty for snatching Imlie’s happiness and her rights.

Malini makes a promise to Imlie

As soon as Malini calls Imlie and apologizes to her for ruining her life and snatching all her rights and happiness, she gives a big promise to Imlie.

Malini asks Imlie to wait for her and she will soon return to give her all the rights that she deserves.

How Malini’s return will bring happiness to Aditya and Imlie’s happiness is worth watching next in Imlie TV serial.