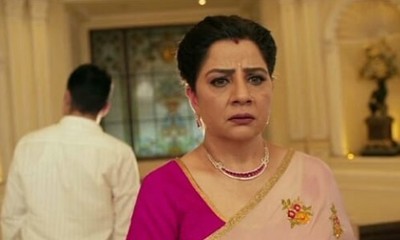 As per the current storyline, Shaurya finally reconciles with Astha and accepts her back as his mother.

Here Anokhi takes a strong stand for herself and tears off the rustication letter on his face.

Shaurya gets pissed off knowing how his family tortured Anokhi in his absence even when he warned them.

Further Shaurya takes a major step when he brings Astha and Anokhi to the Sabherwal house.

So, the blasting entry of Shaurya with Astha and Anokhi shakes Devi to the core because this is what she never planned.

How exciting the new story will be is worth watching in the upcoming episode.

Make sure you check out the new updates at SerialGossip.com

Shaurya Aur Anokhi Ki Kahani: Anokhi determines to get both ...

Shaurya Aur Anokhi: Shagun hugs Shaurya only to backstab him