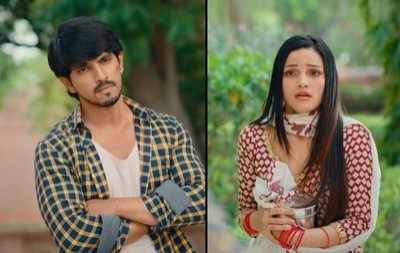 It was earlier seen that Anita tries her level best to injure Dhara so that she can increase her closeness and get close to Gautam.

Shiva suspects Anita's hand in Raavi's fall which was meant for Dhara.

But Shiva keep quiet as he does not have any evidence.

On the other side Anita hides the oil container in the garden where she goes to dump the same.

When Anita was about to run Shiva reaches there and see Anita with the container of oil.

Will Shiva expose Anita before one and all?