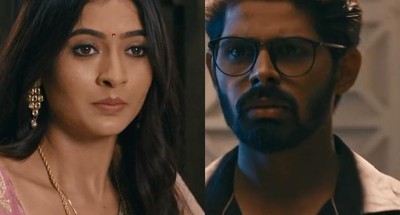 It was earlier seen that Pallavi was about to confess her love to Raghav when shockingly she gets to see Mandar at the window.

Pallavi is shocked and speechless where she runs to see Mandar and leaves Raghav behind.

Mandar goes away where Pallavi fails to see him.

Later Raghav gets discharged where Pallavi takes him home.

Post reaching home Mandar rings the door where Pallavi is shocked to see him.

Will Raghav be able to fight back Mandar?