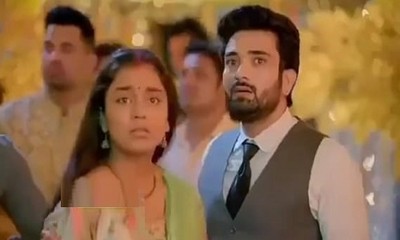 The upcoming episode of Imlie TV serial is going to witness more drama and twists and turns in the storyline.

The Best Bahu Competition is in full swing and Imlie is determined to chase the victory trophy for Aparna.

The next round is of couple dance and Aditya-Imlie both prepared really well for it.

However, none other than Aparna only ruins their chance to win when she locks Aditya in the room and stops him from reaching the stage.

Imlie and Aditya’s struggle gets harder

Aditya and Imlie both are called on the stage for their couple dance performance.

Imlie gets badly worried as Aditya doesn't reach and their time starts.

How Aditya and Imlie will win this couple dance challenge when Aparna played such a filthy mind game with them is worth watching and we don’t want you to miss this.

Imlie: Aditya trapped Imlie pressured to admit defeat The u...

Imlie: Round 2 Sundar turns dance teacher for Imlie and Aditya

Imlie: Round 2 Sundar turns dance teacher for Imlie and Adit...

Imlie: Anu expels Imlie out of the cooking competition Star...