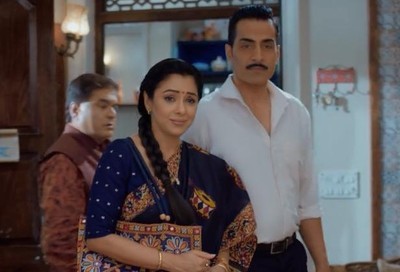 It was earlier seen that Pakhi and Kavya order a lot of food for Pakhi's school friends.

Vanraj is much stressed over no income and profit for him.

Vanraj hides the same from Anupama while she gets shocked when she faces the reality.

Anupama loses her cool when she learns that Pakhi and Kavya ordered too much food and wasted them.

Anupama takes a stand for Vanraj where she scolds Pakhi for doing wrong and wasting money as well as food.

While Vanraj do not scold his daughter Pakhi as he cares for her.

Anupama against Pakhi but Vanraj Kavya support her

Kavya instead speaks against Anupama and stops her from creating more drama.

Anupama wants to teach lesson to Pakhi while Vanraj Kavya is OK with Pakhi being a spoilt brat.

How will Vanraj Anupama handle these Challenges Ki Saap Seedhi in their life?