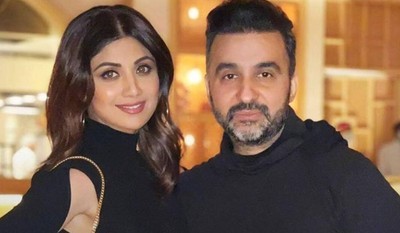 Businessman and actress Shilpa Shetty's husband Raj Kundra has been sent to police custody till July 23 in the creation and publishing of pornographic films case.

He was arrested by the Crime Branch of Mumbai Police in a case relating to the creation of pornographic films and publishing them through Hotshot app on Monday night (July 19, 2021).

Clearing the rife on wife Shilpa Shetty's involvement in the case related to the showcasing of pornographic content through Hotshot app, Joint Commissioner of Police (Crime), Milind Bharambe said that the police has not yet been able to any find any active involvement of the actress.

Female actors opposed this and approached the Crime Branch based on which a case was registered.

Raj Kundra was booked and in police custody

During the investigation, nine accused were arrested.

Some people forcefully get such films produced.

A man named Umesh Kamat who was looking after the India operations for the company of business of Raj Kundra was arrested.

Raj Kundra has been booked under IPC Sections 420 (cheating), 34 (common intention), 292 and 293 (related to obscene and indecent advertisements and displays), and relevant sections of the IT Act and the Indecent Representation of Women (Prohibition) Act.

Let's see if this gimmick affects her career too or no.

Buzz: When Raj Kundra admitted that his work affects Shilpa ...