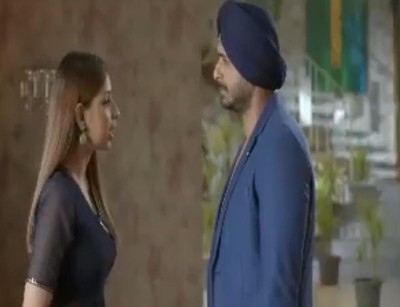 Sony TV's most interesting show Mose ChhalKiye Jaaye is up with high voltage drama and action.

As seen, Armaan is badly exposed for having extra-marital affair.

He tries his best to fool Soumya but this time he fails miserably.

Left with nothing to defend himself, he plays the victim to get sympathy.

Armaan vanishes from the house leaving a note leaving his mother worried.

Goldie too pitches in to find Armaan and confronts Prisha.

Furthermore, he warns Prisha to stay away from Armaan's marital life.

On the other hand, Armaan comes into the spotlight as he attempts suicide.

Though Soumya is aware of Armaan's drama and does not trust him, she gets worried for him.

Also, Soumya does not want Sushma to be hurt because of Armaan's mistake.

Now it will be interesting to see if Soumya will trust Armaan as before or not.

Keep tuned to serialgossip.com for further news and updates on the show.

Mose Chhal Kiye Jaaye: Soumya determined not to be a victim ...

Mose Chhal Kiye Jaaye: What! Armaan Prisha cross the limits get closer for an intimate kiss