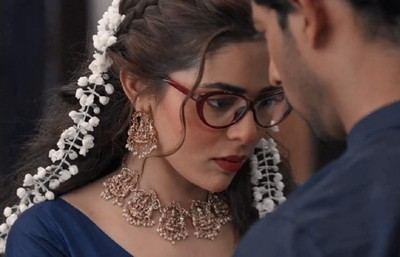 Spy Bahu: Turning Point! Sejal and Yohan to get married

As seen so far, Yohan has suspected that Sejal is his Mahira and he extends his hand of friendship.

We further saw how Yohan's brother drugs Yohan during the bachelor party to sabotage his wedding with Alisha.

However, Sejal notices this and seizes the opportunity to abduct Yohan while he is unconscious.

Now, Serial Gossip brings to you an interesting spoiler from the show.

Yohan will slowly realize that he loves Sejal and we will get to see the bitterness turning into love.

Yohan and Sejal to get married

We will further get to see a grand wedding of Yohan and Sejal in the forthcoming track of the show.

Sejal will finally get married to Yohan however her only motive is to take revenge on him.

Yohan does not know that Sejal is marrying him for revenge as she thinks that Yohan is responsible for her brother's death.

Will Sejal fall in love with Yohan? Will Sejal come to know the truth?

Spy Bahu: Drishti's husband Abhishek is the real villain, no...