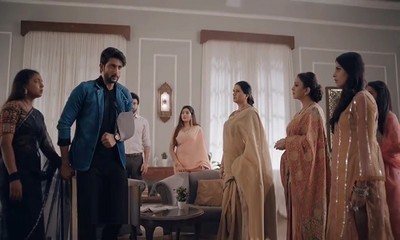 Star Plus daily serial Imlie has currently been focussing on Aryan and Imlie’s new hardships after the villainous entry of Jyoti.

Though the couple is completely unaware of her ill intentions, the story next takes a shocking U-turn when suddenly Narmada stands against Aryan and Imlie’s relationship.

Neela infuriates Narmada’s hate for Imlie to such an extent that now the latter shockingly wants Aryan and Imlie’s divorce.

And this is the ultimate big twist in the upcoming story of Imlie TV serial.

Imlie to fall into a tough spot

Coming ahead story will see huge misunderstandings rising between Aryan and Imlie’s relationship because of the latter’s pregnancy.

And while Narmada already predicted that Imlie will leave Aryan,

Let’s see how Imlie will eventually move on when Aryan will refuse to trust her honesty and loyalty towards him.

Will Narmada become a homewrecker to Aryan and Imlie?

Are you happy with this huge change in Narmada’s character?