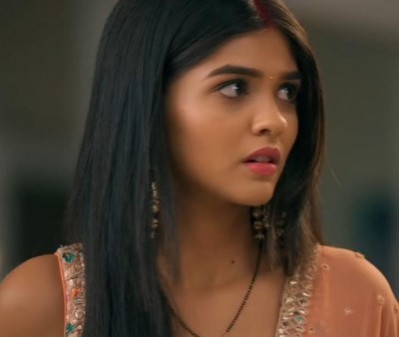 As seen so far, Akshara waits for Abhimanyu to return home and she falls asleep waiting for him.

Abhimanyu returns home and gets surprised to see the room decorated for him.

Abhimanyu feels bad for Akshara and he falls asleep beside Akshara.

The next morning, Akshara puts Abhimanyu to sleep and she walks to the kitchen to start her day at Birla house.

Akshara decides to cook breakfast when Manjari asks her to make something for Neil and Abhimanyu.

Akshara decides to make Kachori for Neil and Abhimanyu.

She further asks Manjari about what she likes to eat which makes Manjari elated as someone for the first time asked for her choice.

Manjari tells Akshara that she likes sabudana kheer and Akshara decides to prepare it.

However, when Akshara decides to serve the dish to the Birla's Harsh gets irritated and refuses to eat it.

Will Harsh be able to accept Akshara as his daughter-in-law?