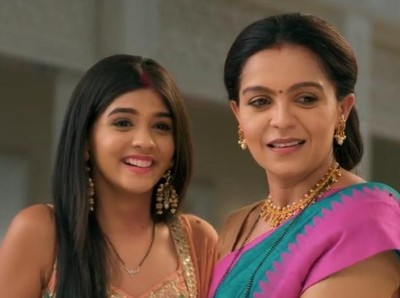 As seen so far, Akshara makes Sabudana kheer during her first rasoi as it is Manjari's favorite dish.

Akshara later serves the kheer to everyone and also takes their blessings.

Mahima tells Akshara that she does not have to do that every day.

While Harsh also asks her to start behaving like Birla's and Manjari gives a nod to Akshara.

Harsh gets furious at Manjari

Now in the upcoming track, Manjari tells Birla's about Akshara's rituals that are pending.

Harsh gets furious and he erupts in anger at Manjari while Abhimanyu reaches there.

Abhimanyu gets into a big fight with Harsh for speaking rudely to his mother.

Akshara will be shocked to see Harsh and Abhimanyu's deadly fight.