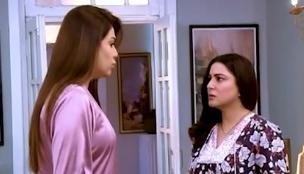 It seems Preeta agrees to marry Arjun aka Karan where she knows he is her Karan only.

On the other side Rishabh who is Preeta's best friend has given everything to her in the absence of Karan as well as gave name to her daughter Kavya.

Preeta is seen in much guilt to divorce Rishabh.

Further it is seen that Shrishti confronts Arjun over the reason for marrying Preeta.

Shrishti used to like Karan as her boss and always wanted him to marry Preeta.

This time when Shrishti asks Karan the reason for marrying Preeta he replies that he wants whatever is owned by Rishabh.

Shrishti feels fishy about Arjun being The Karan Luthra

Hearing this answer from Karan this Shrishti feels there is some foul play and Arjun is definitely not Karan.

Shrishti decides to stop this marriage where on the other hand Preeta too feels guilty to divorce Rishabh.

Will the divorce of Rishabh and Preeta stop?

Will Karan and Preeta be able to marry?

Kundali Bhagya: What! Rishabh is ready to divorce Preeta let her marry Arjun

Kundali Bhagya: What! Rishabh is ready to divorce Preeta let...