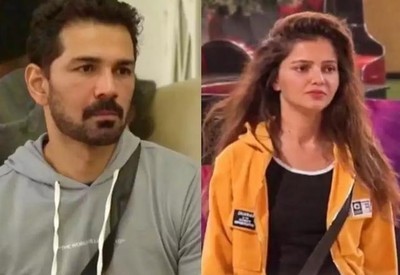 It seems there was a task where Eijaz Khan created some issue and left the task midway.

Pavitra Punia was supposed to save Rubina Dilaik in they won the task but Eijaz Khan left the game.

Rubina Dilaik was discussing the game with Jasmin Bhasin who turned out to be good friends inside the house.

Abhinav Shukla comes to know about the same and confronts Rubina.

Abhinav warns Rubina over opening up everything to Jasmin which is against her game.

Abhinav Shukla makes Rubina understand that everyone is playing their own game and stop discussing each and everything.

Rubina is irked and she sticks to her point of view.

Abhinav walks away in anger while Rubina stops him to sort out the issues.

This is the first time when the lovely couple had fight inside house.