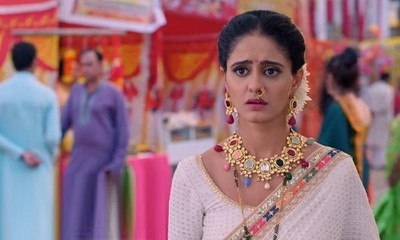 In the upcoming episode of Ghum Hai Kisi Ke Pyaar Mein, Pakhi gets ready to demean Sayi once again.

Pakhi doesn't want Virat to fall in love with Sayi.

Pulkit and Devyani's relationship comes as a huge shocker to everyone.

Consequently, Sayi's hand in uniting Pulkit and Devyani is what turns a trump card for Pakhi to use against Sayi.

Bhavani and Pakhi gang up

Once again, Bhavani is not ready to let Sayi win in uniting Pulkit and Devyani.

Not only this, but Pakhi defends Bhavani and proves Sayi wrong.

However, will Virat support Sayi or not is worth watching,

Check out the new updates at Serial Gossip.