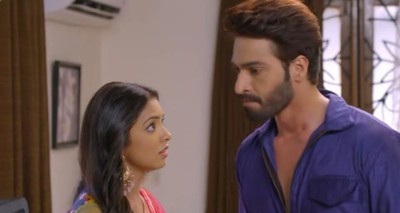 Aapki Nazron Ne Samjha is Indian tv drama which telecasted on Star Plus, where its upcoming track of the show will bring much drama and suspense in the show.

Darsh has grooved hate for Nandini where he is ruthlessly making Nandini life hell and Nandii is much shocked over same.

At same Darsh also ended  his relationship with Nandini while Nandini did not wanted to leave Rawal house.

Where further major drama is there where Darsh and Nandini’s heated argument brings ugly consequences where Nandini planned to leave Darsh forever.

Nandini planned and confessed darsh that she will leave Rawal house and him forever.

Will Darsh let all this happen?

Aapki Nazron Ne Samjha: Nandini back but Rawals distrust for...

Aapki Nazron Ne Samjha: Nandini gets juggled with Vanlata an...