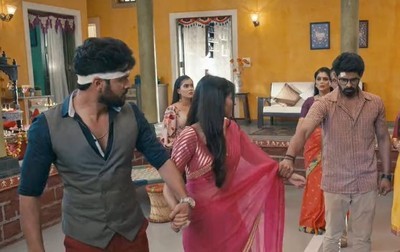 Star Plus popular show Mehndi Hai Rachne Wali is about to showcase interesting twist and turns.

It was earlier seen that Pallavi decides to find the truth about Mandar as nobody is ready to believe her.

Ragahv learns that Pallavi is behind Mandar so he also leaves to find him.

Moreover, Raghav finds Mandar not knowing it is him and they both get into a big fight.

Pallavi finds them fighting and sees Mandar with Raghav.

On the other hand, Raghav is shocked to know that the guy he was fighting with is Mandar.

Mandar does not recognize Pallavi

The lady who tells Pallavi about Mandar says that he does not remember anything about his family but he only remembers one name that is Pallavi.

Pallavi is shocked to know about Mandar’s condition and she decides to take him home.

It will be interesting to see what happens next in the show.