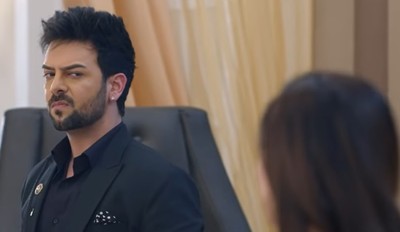 Zee tv popular show Kundali Bhagya is about to showcase some major drama in the upcoming track.

It was earlier seen that Preeta was detained for attempting murder of Nagre which leaves Karan shocked.

Meanwhile, the inspector directs the contable to take the jungle route, and Preeta senses some danger.

At home Karan and Prithvi get into a fight as Prithvi refers to Preeta as a crinimal who has already murdered Pihu.

Karan gives one last warning to Prithvi and he tells his family that he trusts Preeta has come to help them.

Preeta finds herself in danger and she plans to return home to reveal Prithvi's schemes.

On the other side, Prithvi organizes a massive celebration in the house.

Prithvi greets his special guests and he beleives that he has finally gotten rid of Preeta.

However, Preeta makes a spectacular entry leaaving Prithvi and others shocked in the house.

How did Preeta manage to escape from the problem?

Kundali Bhagya: OMG! Preeta to get shot by police

Kundali Bhagya: Twist! Preeta turns out to be a big gamer than Prithvi

Kundali Bhagya: Twist! Preeta turns out to be a big gamer th...