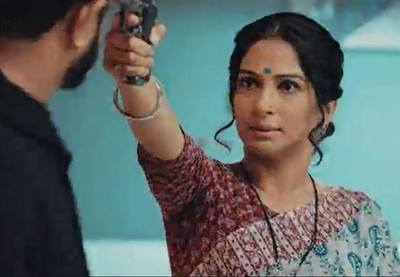 The current track of the show is revolving around the murder track of Dev Choudhary in the show.

Rakesh finally reveals that he killed his son to save his affair news from Revati and the world.

Dev had blackmailed Rakesh for money and crossed all his limits taking the advantage of Rakesh's life.

Now in the upcoming track, Preesha traps Rakesh in her plans and makes him reveal the truth.

Rakesh reveals how he killed Dev during the annual day night.

He reveals how he found Dev in a pool of blood asking for help but he strangled him to death.

Rakesh soon holds Preesha at gunpoint as he learns that she has recorded his confession.

However, Revati reaches there on time to arrest Rakesh.

Woah! Are you excited about it?

YHC: Dev to be seen in the flashback scenes, Rakesh exposed

YHC: Dev to be seen in the flashback scenes, Rakesh exposed ...