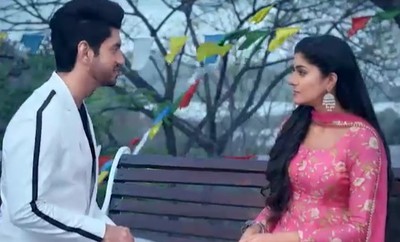 Colors' tv popular show Muskurane Ki Wajah Tum Ho is all set to showcase some interesting twists in the upcoming track of the show.

As seen so far, Katha tells her mother that she does not wish to abort the child for the sake of society.

Katha thinks that nobody will be willing to get married to her because she doesn't want to abort the child.

Meanwhile, destiny has other plans when Katha crosses paths with Kabir who surprisingly proposes marriage to Katha.

Kabir agrees to face the upcoming challenges in their life.

However, a major twist awaits with the re-entry of Rahul into Katha's life.

As we had informed earlier, Rahul turns out to be Kabir's brother and he will learn about Kabir's wedding getting fixed.

How will Katha react to seeing Rahul? Will Kabir learn about his brother's betrayal?