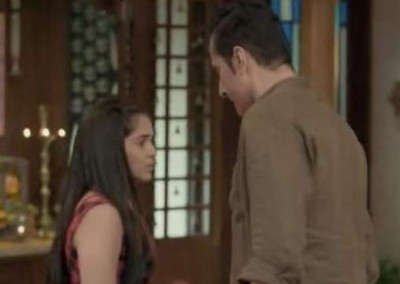 Star Plus's popular show Anupama is all set to showcase some high-voltage drama in the upcoming track.

As seen so far, Vanraj loses his cool with the drama at Kapadia's house and he lashes out at Pakhi for feeling shameful about his father.

Meanwhile, Vanraj will blame Anupama for being reckless and accuses her of not taking care of Kinjal which also causes an argument between him and Anuj.

Vanraj shouts at Pakhi for going to Kapadia's house against his wish.

However, Pakhi retaliates back saying that Anupama is not responsible for what happened to Kinjal.

Pakhi tells Vanraj to not scold her when she did nothing wrong.

Vanraj gets surprised by Pakhi's newfound desire to support Anupama.

How will Vanraj react after learning about Pakhi's infatuation for Adhik?