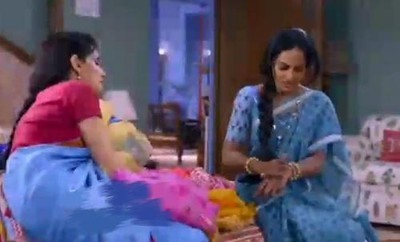 Star Plus serial Shaadi Mubarak is currently witnessing the heartbreaking track of Preeti’s new struggle with her dark complexion.

When Mrs. Goplani insults Preeti calling her Mehendi-wali, Goplani not only humiliated her over her dressing sense and her dark complexion but also hurts her sentiments.

Preeti is heartbroken realizing how the society still judges you over your complexion and when you go for work, they will not see your talent but your complexion.

When Preeti vents out her anger and frustration over her dark complexion and how it is turning a big hurdle in her career,

Preeti’s new fight against her dark complexion is revealing the reality of today’s society.

We can’t deny the truth that Preeti has revealed in Shaadi Mubarak…but what we can agree to is how Preeti will overcome this hurdle and proudly chase her victory proving this nonsense theory a crap.

KT to turn a major support system for Preeti

When Preeti is going through a hard time with her new challenge,

This is going to be interesting to watch how KT will support Preeti.