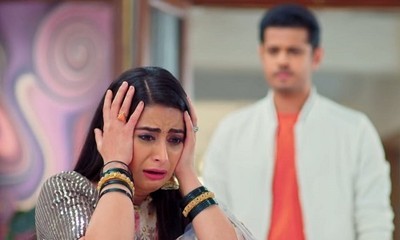 After Virat starves Sayi giving her punishment for the misbehavior, Virat feels bad for Sayi.

Pakhi tries her evil tricks to manipulate Virat to such an extent that he hates Sayi but all goes in vain.

Virat comes to know about how Sayi didn't had lunch with her professor and regrets punishing Sayi.

Whatsmore, Virat pisses off Pakhi when he plans a romantic apology for Sayi.

Virat and Sayi's relationship back on track

So, a very interesting sequence is coming up next in GHKKPM.

Virat plans a romantic dinner date in lieu to get Sayi's forgiveness and also mend his broken chords of love with her.

Virat and Sayi's relationship faces a hard time but is ultimately back on track.

So, what will Pakhi do now?

Stay tuned with SERIALGOSSIP.COM for the new update.