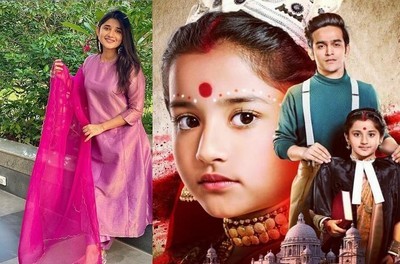 Colors TV most popular and admired serial Barrister Babu is heading for huge leap to showcase interesting twist and turn.

This Huge leap in the storyline is the most awaited one.

Kanika Mann will soon start shooting for the same where first shoot will be for the promo.

There were many more actresses who were shortlisted for this role Reem Sheikh, Ashnoor Kaur at the end Kanikka Mann was finalised who played suited the role of Bondita.

The leap in the show was supposed to happen early this year.

However, because of the second wave of COVID-19, it was put on hold and the makers, Shashi and Sumeet Mittal, continued to shoot with the present cast, Aura Bhatnagar Badoni and Pravisht Mishra, who play Bondita and Anirudh in the show.

There is still some more time left for the leap in show to take place.

Makers are waiting for restrictions to be lifted in Maharashtra to start the shoot with the actors post the leap.

The shooting with the new cast might happen in June last week or July first week.

The recent track of Barrister Babu is focussing on Sadiya Siddiqui playing Thakuma, a strong-willed woman who has suffered a lot in life.

This ThakuMaa does not want Bondita to study further but Anirudh enters as disguised female to help Bondita and fulfil her dreams.

It would be interesting to see how the story shapes up further.

Barrister Babu: Vaishnavi McDonald new entry as Queen The u...