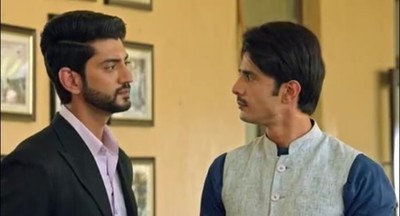 Ongoing track showed that Veer wanted to get Amrit and her love where he decided to keep Randhir away from her.

This can only be possible if Nalini throws Randhir out of house and where Veer comes with plan to kick Randhir out.

Here shocking twist takes place where Veer intoxicated Nalini food so that later he can trap Randhir in all this and make Nalini throw him out.

But here Randhir played game well where he smartly trapped Veer in same trap that he laid for Randir.

How Randhir will fight against evil Veer?