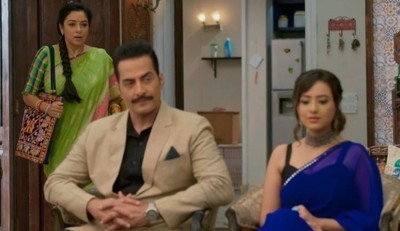 The upcoming episode of Star Plus new serial Anupama will showcase interesting twist and turn.

As per the latest episode of Anupama it is seen that Anupama is completely broken post she loses her job.

Anupama thus goes to meet her mother where she pours her heart out.

On the other side Paritosh calls Kinjal and her family home to discuss about their alliance.

Kinjal’s mother wanted high standard family for her daughter where she gets impressed meeting Kavya and Vanraj.

Shockingly in the future story of Anupama, Kinjal’s mother will be seen rejecting Paritosh for Kinjal due to Anupama being uneducated.

How will Anupama react to this shocking development?

What will Paritosh do now to get Kinjal in his life?

Let’s wait and watch for the upcoming new twist in serial Anupama.